Coming together to celebrate summer solstice through storytelling

On Saturday, June 20th, about 30 people from Black, Indigenous, and People of Colour (BIPOC) communities came together to celebrate the summer solstice.

The evening was full of poetry, storytelling and a reclamation of village practices inherently shared among the BIPOC community that were in attendance at the event.

The event was created by academic and performative artist Mariel Belanger and Dr. Margo Tamez, associate professor of Indigenous studies at the University of British Columbia Okanagan (UBCO), as part of the Sqilxw Apna Society, which was formed in 2014.

“I’ve been doing things, specific things on the solstice as my own way of celebrating and making intentions for the coming year,” says Belanger.

“Last year I did a winter solstice event with my tipi and it was the first time I finished a tipi, and I wanted to continue that work in the summer. So, that’s where this came from.”

When explaining the vision for the Sqilxw Apna Society Belanger says: “We are really hoping to be an education outlet for art.”

The organizations recently received a grant from the B.C. Arts Council to support “land based poetics.”

“The intent of the grant is to engage aspiring artists with professional artists,” she says.

Belanger is working on the project with Tamez, as well as a diverse group of emerging poets and performing artists.

These artists gathered together to celebrate the first of many events that Sqilxw Apna Society will be holding. It took place at N’sisooloxw, ‘the place where the creek goes dry,’ which is Belanger’s family property near Vernon, B.C., on Syilx Territory

“At N’sisooloxw what we do to care for the land reflects how the young people will better care for themselves and the world around them,” the press release announcing the funding explains.

It was around 4p.m. when people began to arrive at N’sisooloxw. Myself, and my family were invited to the event as both witnesses and participants.

While the children were busy assembling cardboard projectors, others were cooking, keeping the fire and getting to know each other.  Each person having had a task was already by their presence enacting the embodiment of, “village life.”

Randy Jernier, a witness and a contributing artist at the event, worked with Belanger to tie feathers to twine around a tipi, which became the setting for the evening’s performances.

“The way that you guys [Indigenous Peoples] are connected to the land and live on the land. This is stuff I learned growing up but I kind of lost…In that way I felt a reconnection,” says Jernier who grew up in Guadeloupe before moving to the USA, then to Canada to begin his career as a basketball coach and comedian.

Belanger’s vision for the day was to revitalize village practices through performative practice and embodiment. The group’s collective intention is to work together to revitalize genetic connection through embodiment and storytelling.

“There are important village dynamics, and this is what’s supposed to be happening,” explains Belanger.

Each person who attended the event was included in the setup of the event including children.

As everyone set up for the evening’s performances people were engaging in storytelling with one another, a theme that continued throughout the time at N’sis’ooloxw.

While the kikanee (kokanee), a land-locked sockeye salmon is cooking over the fire, Tamez-Hrabovsley begins to share about the gardens he cares for that soon will become the ingredients for the evening’s feast.

“I’ve been the lead on the habitat restoration project, the N’sis’ooloxw Project, recreating the food forest,” Tamez-Hrabovsley, who identifies as of settler-descent explains.

“It was my response to Elders in the community saying, ‘my foods are leaving us.’…every garden has a perennial system incubated,” he says.

Tamez-Hrabovsley and Ashleigh Giffen, one of the contributing artists, prepared a feast that nurtured all those that attended.

There are many different teachings around a feast, everything from the growing and nurturing of the foods, to its preparation, carry the intention of those involved in the caring and preparation of the foods.

Feast teachings say that when food is spoken over while being prepared and consumed it’s also the teaching that those energies and words spoken will be consumed by those that feast.

This is the importance of a feast, it’s to remember the good work that happened.

After the feast took place, that’s when the walk began through the food forest where some of the ingredients from the feast were harvested. The Food Forest Project is part of the restoration project of the N’sis’ooloxw Creek Corridor.

It is meant to provide food security for the local community at the efforts of the local youth involved in the N’sis’ooloxw Creek Corridor Project.

Once everyone has contributed to the development of a mulch path for the food forest the group returns to the performance area below the performative storytelling begins.

Belanger begins the evening of performance by speaking live on Instagram about her grandmother’s stories. She speaks about the Salishan Sturgeon Nose Canoe, which she says has been part of her journey to, “come home to the village which is what Nsisooloux is becoming.”

Belanger shares with the group of witnesses Captikw stories, which are often performed using full body movement and expressive gestures so that it engages all ages — something that’s important to the Okanagan people in teaching the customs, laws and practices.

The Sqilxw people of the Syilx Territory are known for their storytelling skills being fully animated and humorous.

Belanger’s rendition of the Captikw story “How the Turtles Freed the People” had the group laughing and also taking in the teachings of the story.

Shortly after the music and poetry segment of the performances began and the group moved into it with a song shared by Beryl.

The music accompanied by poetry created an evocative performance.

Belanger believes that having the performances take place on the land using the traditional ingredients of a good story, food and fire, creates a more intimate space where learning and sharing can happen.

Towards the end of the night, Trophy Ewila, a contributing artist, shared his thoughts with the group.

Belanger encourages those interested in the work of the Sqilxw Apna Society to check out the work happening on their Instagram page, @SqilxwApna, where you can hear all the performances from the evening. 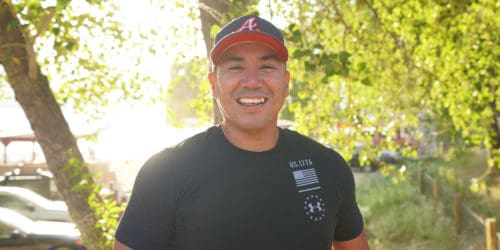 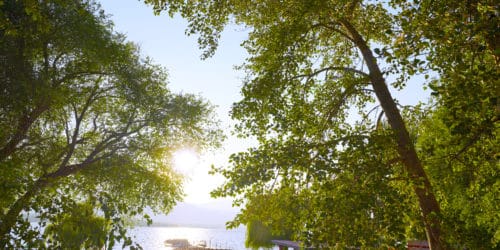