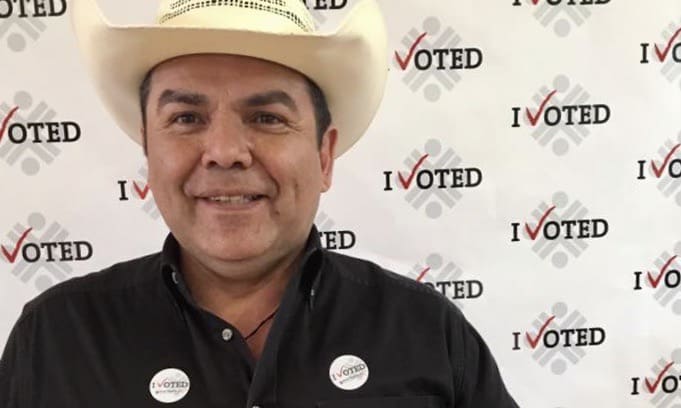 ‘I just hope that everybody gets out there and votes,’ say page co-founder Mikelle Sasakamoose.
Odette Auger, Local Journalism Initiative Reporter
October 9, 2020
Support this work. Tell a friend.

“I just hope that everybody gets out there and votes,” she says. “I want everyone to know that their voice is important, whatever they think or feel or believe in. And I hope that they’re just going to just speak up and share.”

Sasakamoose, who is Cree, Shuswap and Okanagan, started the Facebook page in 2015. She says the idea grew out of her and the other administrators’ natural impulse to share information and have discussions.

“I was always sharing information on my social media and, you know, people started asking me, like, ‘what do you think about this?’” she says.

The page now has more than 2000 members who can share election-related content. It shares its name with “Rock the Vote,” a larger organization that serves a similar purpose, but they are not affiliated.

“It’s nothing formal or official. We have no mandate other than to share information, encourage people to register and to vote,” Sasakamoose says. “It’s not an advocacy [or] a partisan group in that way. Our focus is just to engage with Indigenous people in British Columbia and the electoral process.”

Getting people out to vote

Elections B.C. Communications Director Andrew Watson says that the province doesn’t track voter turnout based on ethnicity — which means there isn’t data to know exactly how many Indigenous voters have participated in previous elections. But, he says, they are working to make sure the process is accessible to First Nations communities and all eligible voters.

For Sasakamoose, it’s important to think about why some people don’t end up voting.

“I think people mostly don’t vote, because a lot of Indigenous people especially felt like, ‘Why should we? What difference is it gonna make?’”

“The simple fact that we weren’t even allowed to vote for the longest time in this country, I think it’s taken a long time for Indigenous people to believe that our voice does matter. And it does.”

In addition to encouraging people to vote, the page helps by sharing information regarding access and other hurdles.

“Lately, there’s been a lot of posts about how to vote,” says Sasakamoose. “One thing that has also been a barrier for Indigenous people is the requirements to vote are not exactly the kind of requirements that are easily accessible… for example, even the requirement of what kind of ID you have to have, there are many people who don’t have those kinds of ID.”

COVID-19 is another complicating factor.

“I’m trying to make sure that people know the ways that they can vote, even now during the pandemic,” she says. “We’ve been posting a lot about just trying to get information out of how people can register to vote and when they’re ready to vote, how they can vote.”

Sasakamoose credits her passion for getting people to vote to her grandparents.

“My great grandmother Mildred Gottfriedson and my great grandfather Gus Gottfriedson were very involved in the Indian brotherhood and Native women’s Association in B.C. and Canada,” she says.

“They helped get our First Nations people the right to vote, which I think has always been something that’s been really important to me in my choices to participate in the electoral process as well.”

Following in her great grandparents’ footsteps, Sasakamoose hopes Indigenous people use their vote and that those elected recognize the importance of the relationship with First Nations.

“I hope that the more people realize how important, how strong their voices are as Indigenous people in this country and the change that we can make by participating in the process,” she says.

Editor’s note, Oct. 9, 2020: A previous version of this story listed Mikelle Sasakamoose as the founder of BC First Nations Rock the Vote. Saskamoose is in fact the co-founder. The story also initially misspelled Saskamoose grandparent’s last name. It is Gottfriedson not Gottfredson.