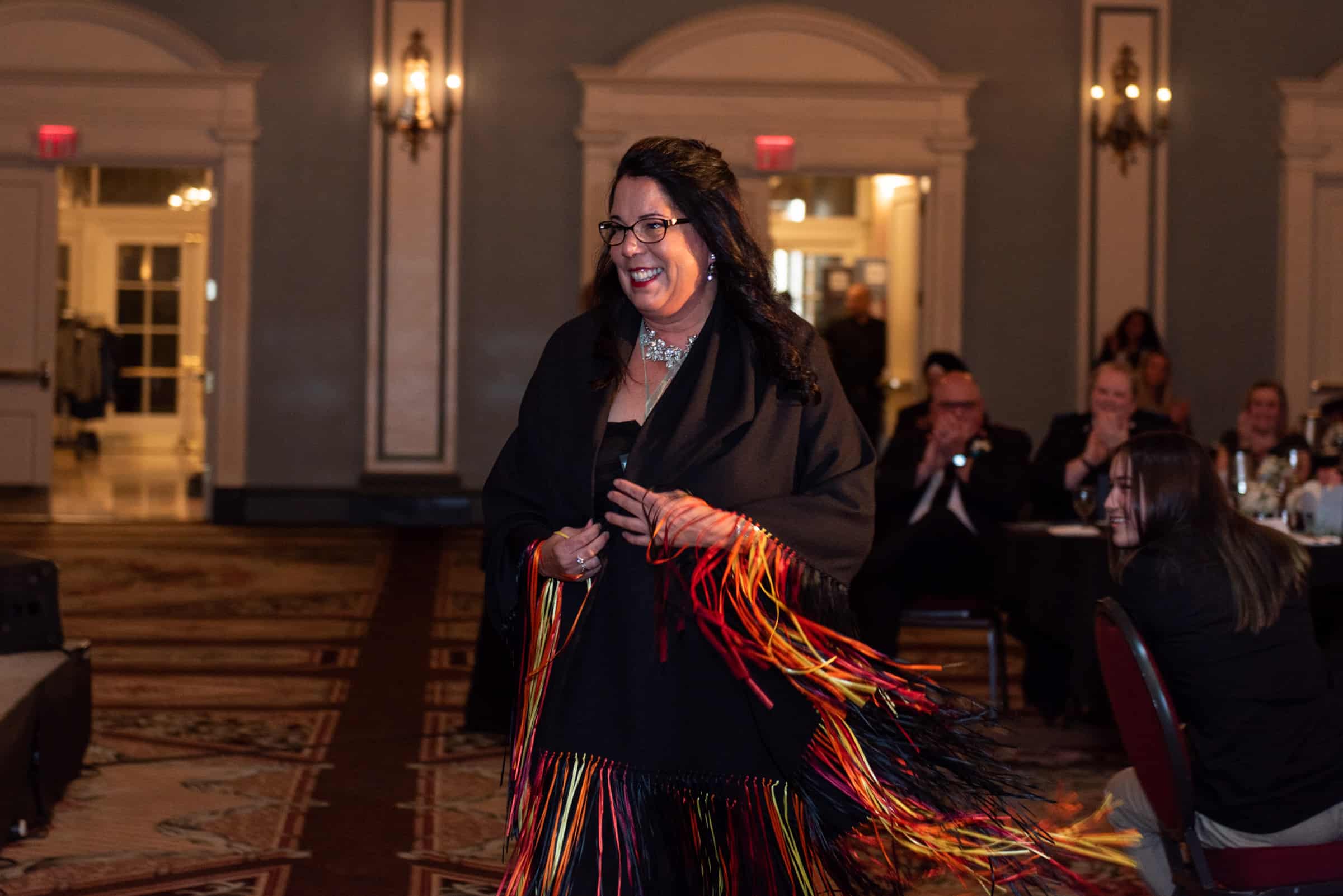 Four Indigenous trailblazers were recognized for their work at this year’s Victoria Community Leadership awards.

The annual awards hosted by Leadership Victoria are presented to individuals in the Greater Victoria area who have practiced extraordinary leadership in community service.

Among the 11 honorees were a cultural co-ordinator with a local Native Friendship Centre, an artist who is raising awareness about residential schools, an Indigenous doctor and a prominent Coast Salish artist.

On Sept. 26, a small in-person event was held for the winners, while supporters attended virtually.

Lisa Mercure, who won in the Lifelong Learning category, says she felt the award was not just hers — but for the community she works with.

Mercure is the Indigenous Culture & Traditions Coordinator at the Victoria Native Friendship Centre.

“It was people in community, the Elders who are participating, the staff that is welcoming the Elders and creating a space for them,” she says.

As part of day to day grassroots operations at the Friendship Centre, Mercure helps to coordinate programs such as Elders’ Bingo, food deliveries during COVID-19, wellness activities and the Urban Language Hub.

Recently, Mercure helped to organize a shift to online programming after COVID-19 hit, which made for a less formidable transition as she supported those that do not have advanced skills in technology to connect over zoom calls.

Mercure says she reflected on the question of how she contributed to that community, and it wasn’t until the night of the awards ceremony that she began to feel confident about the award and accept that acknowledgment.

“Being able to walk among Indigenous people in that space was really beautiful,” she says.

Carey Newman was also one of the recipients this year. Newman was recognized for his work on the Witness Blanket project, in the category of Extending Reconciliation. He says he feels honoured to be recognize, but echoes Mercure’s thoughts about receiving the award individually.

“I’m always a little bit uncomfortable being singled out for work when so much of the work that I do is embedded within community and is enabled by so many different people,” he says, adding that the work on reconciliation “involves many different voices and commitment.”

Carey says that lately he’s been focusing on engaging with community and schools to bring the truth part of reconciliation from the Truth and Reconciliation Commission to youth and children — to build a foundation upon which reconciliation can occur in the future.

Newman says he feels that it’s important to enact the kinds of change that needs to take place for there to be what Newman considers reconciliation. That goal is obstructed by many Canadians not knowing the full history of colonialism.

Also honoured were Charles Temosen Elliott for his work in Arts and Culture, and Dr. Charlotte Loppie for her contributions in Health and Wellness.

Leadership Victoria’s Executive Director Mark Crocker says that the program has been supporting the development of community leaders in Greater Victoria for over a decade. This year’s award ceremony, sponsored by the Victoria Foundation, was the 16th annual event.

“We try to make sure as much as possible that there is a diverse representation of leaders in our community who are represented for this award,” Crocker says.