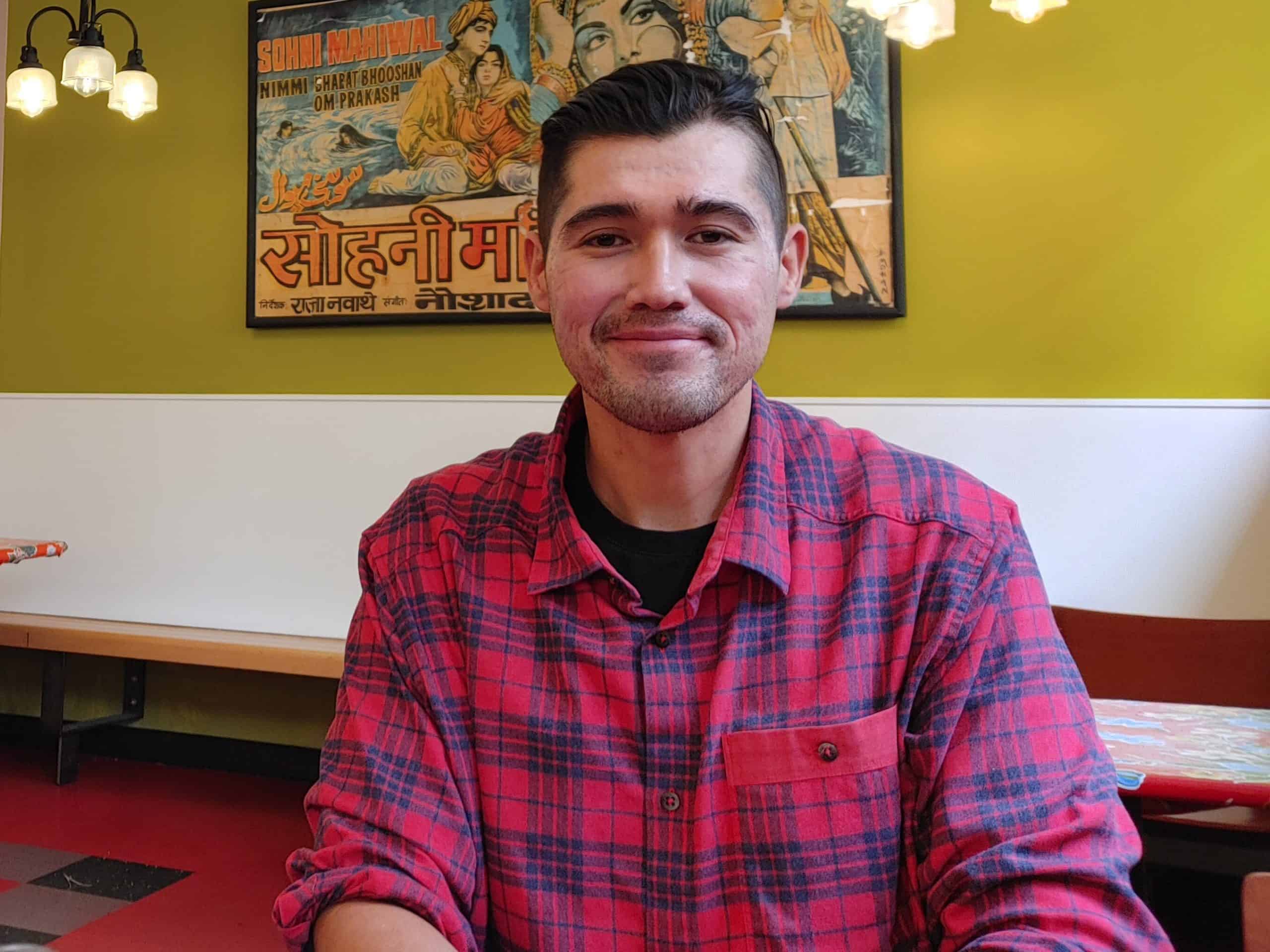 Inspired by his family, Sheldon Anderson (Mistahimuskwa) has chosen to become a social worker in order to help Indigenous children in care to connect with their culture.

Anderson, who is Cree, grew up in Wabasca, Alberta, where his mother was a social worker, having received her diploma in Child and Youth Care from Northern Lakes College. Anderson’s family took kids into their home for respite care, which entailed relieving families from the responsibility of caring for youth in care.

“That’s what my family was known for. Taking in youth, kids and babies and really creating a safe environment for them,” he says.

Now, Anderson wants to give back to his community in the same way his parents did. He lives in Victoria, and is in his third year of the Bachelor of Social Work at the University of Victoria with a specialization in Indigenous Child Welfare.

Anderson says he first started seeing the impacts of the child welfare system when he was just nine years old.

“I got to see youth from my community engage with the… child welfare system, and a lot of the times they were confused, they didn’t know why they were there.”

Anderson believes in  the importance of keeping children immersed in their culture and community while they are living in care provider homes.

He has seen the benefits that kids would experience from playing and going out on the land.

“As a kid it was basically being a kid with them. Make sure there was time to play, time to connect, just go in the bush and play,” he says.

“As a family we had to figure out: ‘how can we best open up our home to really support them?’”

Anderson is now learning more about the differences between Western and Indigenous models of learning. He believes that having a connection to cultural identity is most important for children.

“There are some critiques I have as far as working in a colonial system that doesn’t really support children’s families,” he says. “But at the same time being an Indigenous presence and helping guide them through that system is where I’m finding my purpose. To make sure that they’re taken care of.”

Before choosing the path of social work, Anderson had many other jobs: including in government, business, documentary filmmaking, and digital marketing.

But in 2019, a trip to Uganda invigorated his desire to dedicate his life to Indigenous youth.

As an intern with the organization Environmental Women in Action for Development, he worked with youth impacted by the gold mining industry.

“Because of the gold mining industry, a lot of children forego school… just because they want to make money for their family,” he says. “And so the problem we solved is offering vocational training to actually help them grow and start small businesses.”

Anderson says that he sees a comparison between Uganda and Canada in the way of colonialism and cultural traditions.

Anderson recalls that the kids he worked with in an urban area were very colonized and stressed about their grades. On the other hand, Anderson says that the kids in the smaller more rural areas had a lot of Indigenous teachings tied in.

“The African Indigenous way of being was so engrained there and these kids were so happy… they didn’t want to talk about school they wanted to just play,” he says.

This experience  reinvigorated his desire to go into social work and “really figure out how I can support the kids back home.”

Anderson says that not everyone understands that Indigenous cultures and traditions vary so widely — and when children’s specific needs aren’t met, they can go through the child welfare system without properly being able to connect with their identities.

He points to his heart and says: “Who they are in here. It’s really important that they find that, and they have someone who can connect them with that.”

Language was a huge factor in Anderson’s home as his parents were fluent speakers in Cree. He says he can now see how proud children are when they get a chance to learn and speak their Indigenous languages.

Anderson believes he has finally found his purpose. When he graduates in 2022, he will be the first person in his family to receive a university degree.

“When I think of calling I think of purpose,” he says, “receiving this degree, going back to my community and thinking about how can I best support people is the key.”