New platform created by The Discourse and APTN will focus on local Indigenous news.
Emilee Gilpin
Support this work. Tell a friend.

Okay, the world looks and feels different than it did before. And maybe that’s not such a bad thing. Yes, we are sick societies struggling to keep up with the demands of this new global reality. But with every great disruption comes profound growth and transformation.

One thing has become clear amid COVID-19: We were out of balance, and this includes the Canadian media landscape, where historically we have been saturated with limited ways of seeing, thinking and being.

Indigenous perspectives, systems of governance, cultures and voices have been largely ignored, misunderstood or misrepresented, but things are changing. As a commitment to be on the frontlines of this time of media metamorphosis in Canada, The Discourse has teamed up with APTN to increase coverage of Indigenous stories.

We have been engaged in community-led research, anti-oppressive awareness training and lengthy interview processes, to find just the right people to lead a new project in the Okanagan region. And guess who got the jobs? Three bad ass Indigenous women with fire in their hearts for change.

“I have a passion for sharing stories that normalize our way of life so that future generations have a place to safely recognize self. This work matters, because when you see yourself represented, especially children and youth, it creates a sense of belonging,” says recently hired reporter Kelsie Kilawna. Kelsie is a Sqilxw (Syilx/Indigenous) woman who was born and raised in Inkumupulux (the head of Okanagan Lake). She’s a photographer and storyteller who is deeply committed to listening. Kelsie is also behind the design and most of the photos that you see on our website.

Joining Kelsie as our second full-time reporter is Chehala Leonard. “My passion is to tell stories, but more importantly, to give space to others whose stories need to be told,” explains Leonard, who is a part of the Aseniwuche Winewak Nation and is of Nehiyaw (Cree), Haudenosaunee (Iroquois) and European descent. Chehala, pronounced (shah-HAY-la), recently produced a one-hour documentary with APTN that will be released later this year. She joins IndigiNews after working as a documentary film producer for more than six years.

And the final addition to our reporting team is Athena Bonneau. Athena, who was born and raised on the unceded territory of the Penticton Indian Reserve, will be our education reporter. “I am passionate about representing Indigenous Peoples in today’s world, while respecting and acknowledging history, following traditional protocol and producing truthful work with integrity as an Indigenous woman,” says Athena.

The reporting team will be supported by myself and Lindsay Sample, as editors, as well as the broader teams at The Discourse and APTN. It has been an honour to work with this team, which is committed to doing things differently, to righting wrongs, and to increasing accurate coverage of underrepresented voices. And I have no doubt that this is just the beginning.

Keep your eyes on the new IndigiNews team, Kelsie, Chehala and Athena, because I have no doubt they are co-creating something to make their communities proud – a space for the stories that matter during these strange and transformative times. Skoden.

Our reporting in the Okanagan is made possible by The Discourse and APTN in partnership with the Local Journalism Initiative. 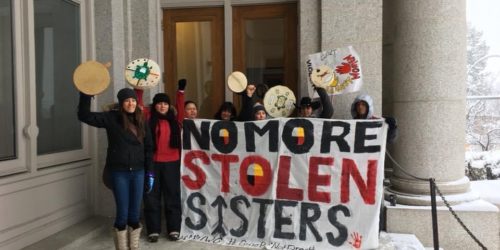 ‘Not much has been done’ says Vernon-based MMIWG advocate 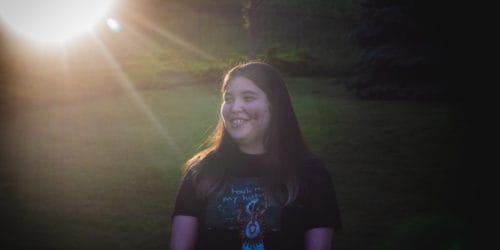