How Idris Hudson was influenced by the Medicine Wheel to deliver traditional medicines to Indigenous and non-Indigenous communities.
Athena Bonneau, Local Journalism Initiative reporter
Support this work. Tell a friend.

During his time as an outreach worker over two years ago, Idris Hudson says he experienced considerable trauma in the field. He was working with the homeless population in Vancouver’s Downtown Eastside and says it wasn’t easy disconnecting from what he saw each day.

“I was so upset, my heart was broken,” says Hudson. “I didn’t know what to do because the place where I worked, I didn’t have any solution for pain.”

So Hudson, who is from the Cheam Indian Band in the Stó:lō Nation in Upper Fraser Valley, B.C., decided to make his own salve.

He learned how to use medicines to heal himself from Cheam Indigenous elders in his community, he says.

He began creating products that could heal on the go, naming his collection TSOUL (“the symbol of unconditional love”). It includes gender-neutral, hand-blended scents with essential oils from the traditional Medicine Wheel, including cedar, sage, sweetgrass and tobacco.

In the former blend, the tobacco leaf provides an uplifting feeling to the nervous system, while the cedar provides a sense of balance. The latter works as an antidepressant, antispasmodic, and anti-inflammatory, and helps those feeling stressed or anxious.

These ingredients are traditional Indigenous medicines, and a vital part of Indigenous peoples’ survival and success.

Cedar has been used in Indigneous culture in various ways, for example, in weaving baskets, mats and canoes. It calms because it grounds with nature.

Sage, meanwhile, has been used by Indigenous people as a dry smudge, tea or a soak for sore muscles. It also helps remove negative energy.

Sweetgrass, too, has been used by Indigenous people across North America to make baskets, along with body wash. It is most commonly used as a smudge in ceremonies, where tobacco is also often used as an offering.

The meaning of the Medicine Wheel

The Medicine Wheel has been used by various Indigenous groups for generations for its health and healing properties. It contains four colours (black, red, yellow, white) that represent the Four Directions (North, West, South, East). These embody everything from the cycle of life to the seasons of the year to ceremonial plants, including the aforementioned sage, sweetgrass, cedar and tobacco.

As caretakers of the land, Indigenous people have a significant relationship with nature.

Through 1992’s Convention on Biological Diversity (CBD), the Canadian government recognizes Indigenous peoples’ connection and interest in conserving nature, and that their medicines and culture are more than plants and animals.

It acknowledges their hope to promote sustainable development, and foster a healthy environment to live in that has all the traditional resources they need for survival: medicines, food, clean air, water.

However, in the last few years, the Medicine Wheel has found popularity among non-Indigenous people. With sage and smudge kits now sold everywhere from Amazon to Urban Outfitters, some Indigenous people, including Hudson, have felt as though their culture is being commodified.

A sacred spiritual concept, when a non-Indigenous person appropriates the Medicine Wheel, it is considered disrespectful. Indigenous people have spent thousands of years connecting with the land, following traditional protocols, and taking part in ceremonies to harvest these medicines and understand their purpose.

In 2018, Hudson had asked Adam Eneas, co-owner of Silver Grizzly Native Arts and Crafts on the Penticton Indian Reserve, to mentor him as an Indigenous entrepreneur while he was developing his first product.

“He had asked to meet here to be his mentor, before he came here and I agreed, I said, yeah, sure. So we had a couple of meetings,” Eneas says. “When he told us about this product that he was developing and gave us samples, we thought it was great, all natural.”

This year, Silver Grizzly became the first retail store to sell one of Hudson’s products, with the TSOUL sanitizing gels.

“It’s not offensive in the smell and it doesn’t eat your hands up, his hand sanitizers and everything else that he has is just, it has an amazing aroma,” says store co-owner Sandy Detjen. “His combination of cedar and sage for a hand sanitizer is wonderful, you know, I don’t think that goes against the Native cultures.”

Derickson opened her store in February this year. She had met Hudson the previous November at a fashion show at the International Indigenous Tourism Conference. There, where he introduced his fragrance to her by sample.

“They have the natural and sacred products,” Derickson says. “I just found it so grounding and he calls it part of the Medicine Wheel.”

Derickson explains that her customers and visitors come to her store with a demand for sage. However, not all can take home or travel with the raw sage form. But now, customers have the option to take home the medicine in a fragrance. She says they have told her it has been healing and helpful to them.

“You can use it as a body spray or essential oil, or even in your room,” she says. “Like, we use it on our signature. We spray it on before we package all of our products and wrap them up.”

“It just helps them uplift their spirit. So that’s how I determine if it helps customers uplift and, and makes them feel good. Then it’s totally not appropriating. It’s packaged in a beautiful manner and it’s not depleting the source out there.”

There are other ways Hudson has found that translate the healing benefits of the Medicine Wheel. A self-taught artist, too, he started to develop his digital art piece, also titled TSOUL, in 2019.

“I started playing with shapes, and all of a sudden there was a shape that spoke to me,” he says. “I promised myself that I would use this symbol as an identifier of a product that contributes to community wellness in real-time.”

Having found a way to offer traditional medicines to Indigenous and non-Indigenous peoples that does not strip them of their spiritual meanings, Hudson says, “Whenever I put TSOUL onto a product, I know that there’s going to be conscious reconciliation and I can really depend on that.” 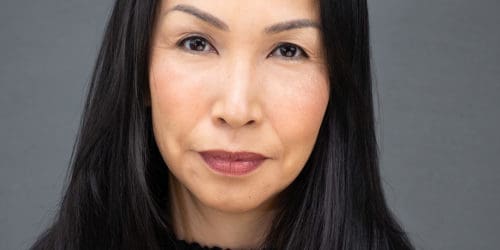 ‘Trust the process’: Syilx author shares her journey of healing in new book 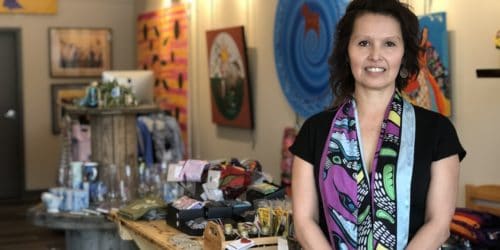