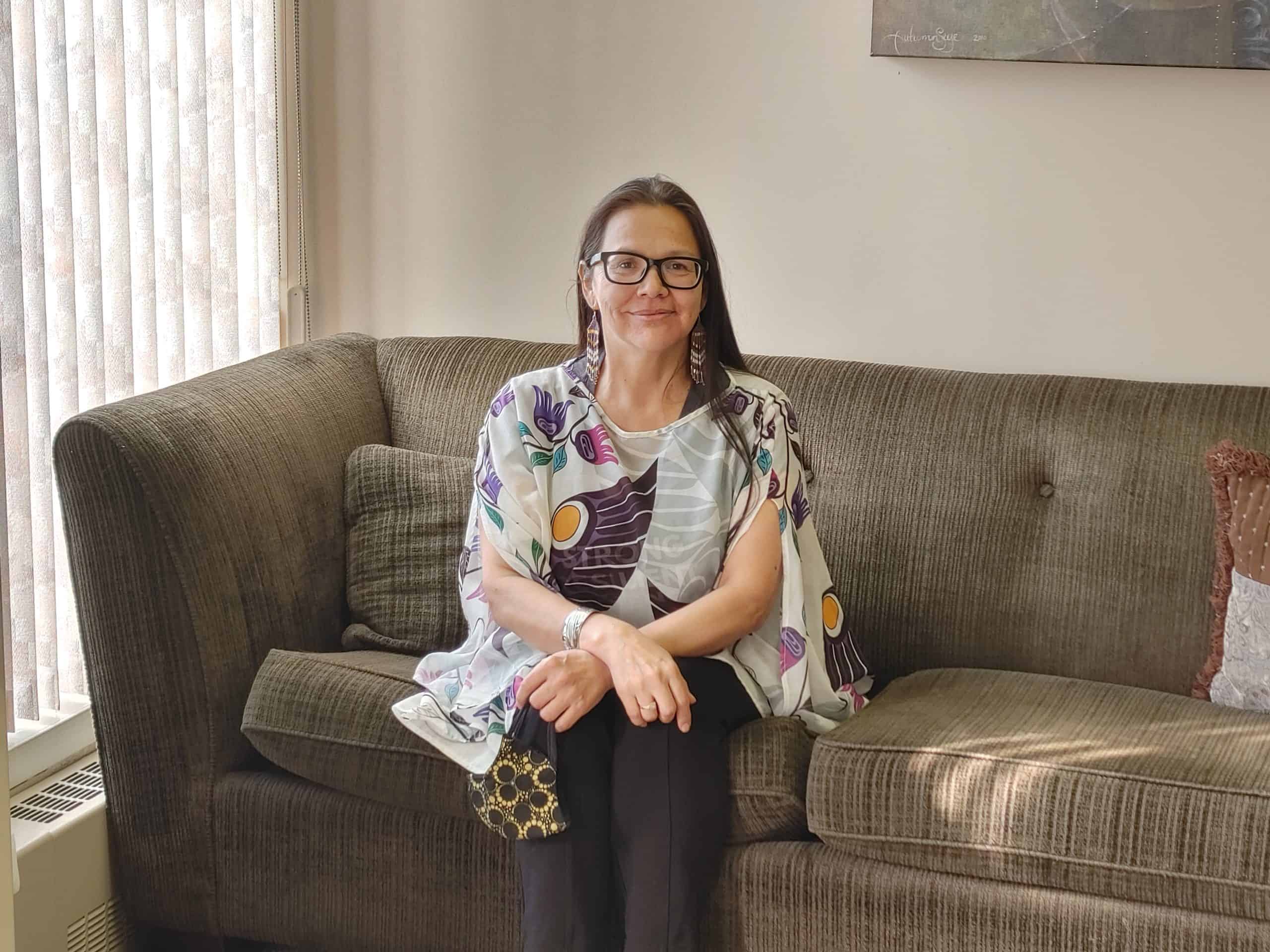 Kecia Larkin will be learning about personal trauma-informed practice from the comfort of her living room. Photo by Catherine Lafferty
Vancouver Island

The Bridges for Women community agency in Victoria is typically a place where at-risk Indigenous women can gather over food, stories and culture.

But this year, the non-profit — which aims to help women impacted by violence or abuse to reclaim their lives — has had to reconfigure many of its programs because of COVID-19.

The centre’s Urban Indigenous Women’s Program is one of the programs now operating online — something its facilitator says has been a challenge for many. But it has also had unexpected benefits.

“Certainly online learning has been limiting and I do think it takes away from the feeling of connection of a group,” Laversia says. “Especially a group where women are coming together in the spirit of healing.”

Facilitator Rachel Laverisa says the switch to online learning has been an adjustment for everyone involved in the program.

She says that online learning has its own benefits, but it is “really not quite the same” when it comes to connecting.

“There’s something to sitting next to someone and if they are having a hard moment that you… can offer them a tissue if that’s what they need, or a hand on the shoulder,” she says.

Laverisa says Bridges for Women is doing what it can to make the transition easier — including providing child care supports and lending out computers. Counsellors who normally are available at Bridges For Women for drop-in are now available over the phone. But some people that would have originally joined up for the program still have their doubts.

“It can be a bit confusing and people don’t always know what to expect,” she says.

Laverisa says that she is spending time really focusing on teaching how to use the technology, so that participants don’t feel as hesitant about it. Eventually, she hopes the group can get together in person, outdoors and at a safe distance, for plant walks or other activities.

The Urban Indigenous Women’s Program covers everything from self-care, grounding, boundaries, communication, the cycle of abuse or violence and more. The women are able to talk about the impacts of trauma, while incorporating culture and Indigenous guest speakers.

There are usually about a dozen students, ranging in age from 19 to 70. The program is funded by the B.C. government, the City of Victoria and the United Way.

But though some participants have been hesitant about moving online — others are seeing the benefits of distance learning.

Kecia Larkin (or Kiaayo, meaning Bear Woman), is a single mother of two. She says Bridges for Women has helped her to heal and break intergenerational cycles.

“Through the strength of other women is where we heal,” Larkin says.

“There’s such a need for me to understand trauma because it’s impacted so many generations of my family including my children and I want to stop the cycle. For me that’s the goal.”

Larkin is from the Pikanii Nation one of the Tribes of the Blackfoot on her father’s side and on her mother’s side she is Kwakwaka’wakw from Alert Bay, which is one of the inland villages on Vancouver Island.

Larkin is an activist and leader — raising awareness and educating about HIV in the Indigenous community.
She says she doesn’t think she would have applied for the program if it was in person, because she has a compromised immune system.

When she saw that the program was going to be offered online, she no longer doubted that she would be capable of following through with the entire eight months.

Bridges for Women’s Interim Executive Director Patricia Rawson says the main takeaway from the Urban Indigenous Women’s Program is for women who are going through a difficult time to be able to find strength in themselves.

Bridges for Women has been around for more than 30 years — Rawson, a Métis woman originally from Manitoba, has been with the agency for six years.

She says the Urban Indigenous Women’s Program is tailored for Indigenous women in particular because of the particular impact of colonization.

“Trauma is trauma, but there are actually very specific things that have happened for Indigenous peoples where there was deliberate action to assimilate,” she says.